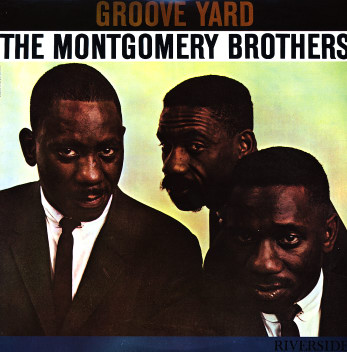 Ah for the genius of the Montgomery Brothers – a sweet combo from the Indy scene that featured Wes Montgomery alongside brothers Monk and Buddy! Wes is on guitar, natch, Buddy plays piano, Monk bass, and Bobby Thomas joins the group on drums – all grooving in a style that's a bit like some of Wes' early small group albums from the same time. But given Monk and Buddy's playful and often melodic approach to rhythm, there's an added sound going on here – one that's subtly exotic, and very much like the pair's work in The Mastersounds. The tracks are all around 5 minutes long, with good ensemble playing, and tight short solos – and titles include "Back To Back", "Doujie", "Just For Now", and "Groove Yard".  © 1996-2022, Dusty Groove, Inc.