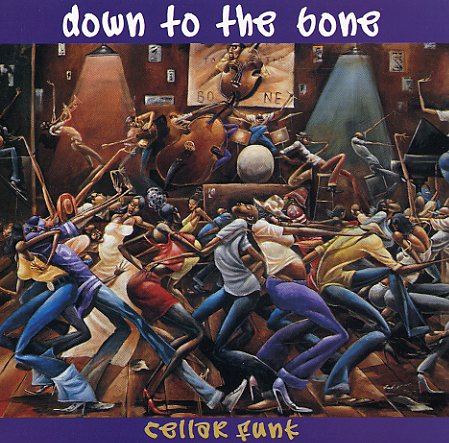 The Down To The Bone posse are at it again – coming up with some incredibly sweet jazzy grooves – and somehow sounding even better than before! The album's got the group's characteristic bounce firmly in place – the groove that made them a surprise global success nearly a decade ago, and which has kept them grooving in underground scenes for years since! Down To The Bone practice the smoother end of jazz funk – but they do it in a way that really pays tribute to their 70s inspirations, and which somehow comes across sounding fresher than you might think. Titles include "Cellar Funk", "Down In The Basement", "Timeless", "I'll Always Hold You Close", "Crossing Boundaries", "LA Shakedown", "Back In Business", and "Dancing To A Samba".  © 1996-2022, Dusty Groove, Inc.
(Out of print.)