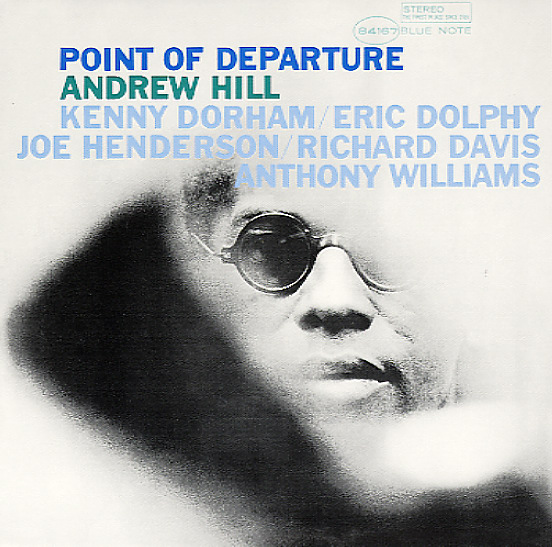 Mindblowing work from pianist Andrew Hill – one of the key records during that short initial run when Blue Note was really giving him a special showcase for his talents – and when the label was dabbling in more avant jazz as part of the "new thing" moment on the scene! The group here is really the stuff of legends – as the set features a very late performance from Eric Dolphy on alto, plus Joe Henderson on tenor, Kenny Dorham on trumpet, Richard Davis on bass, and Tony Williams on drums – all players at the prime of their young talents, soaring to the skies under the leadership of Hill – skittishly working their way into territory that's never truly free, but wonderfully expressive and exploratory – a clear summation of the sense of "modern" in modern jazz! All tracks are originals by the pianist, too – and titles include "New Monastery", "Flight 19", "Spectrum", "Dedication", and "Refuge". CD reissue also features 3 bonus alternate takes of some of these, for a total of 8 tracks in all.  © 1996-2023, Dusty Groove, Inc.
(Out of print.)