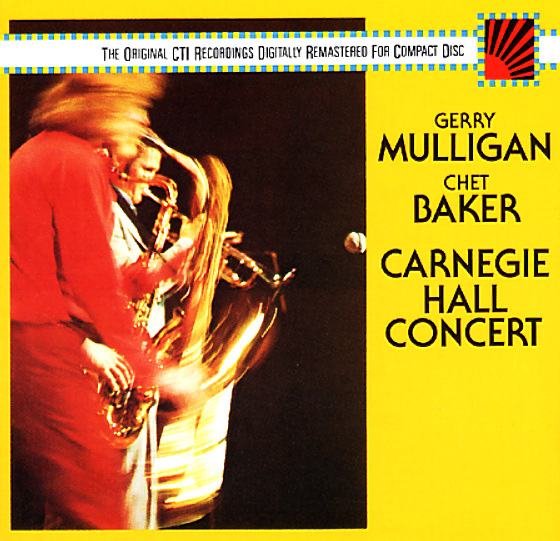 A surprisingly wonderful 70s meeting between Gerry Mulligan & Chet Baker – recorded live, with sweet electric touches from CTI – in a style that shouldn't work so well, but which really comes off great! The approach is simple – Mulligan and Baker solo in a manner that's a bit like their 50s work, but which also unfolds more than usual with backing from a group that includes Bob James on electric piano, Ron Carter on bass, John Scofield on guitar, and Harvey Mason on drums. Tracks are long, with lots of space – hanging in a beautiful balance between electric and acoustic sounds. Titles include "Line For Lyons", "Song For An Unfinished Woman", "Song For Strayhorn", "It's Sandy At The Beach", "Bernie's Tune", and "K 4 Pacific". Both volumes on one CD!  © 1996-2021, Dusty Groove, Inc.
(Out of print. Cutout hole through case and tray card.)

She Was Too Good To Me
CTI, 1974. Used Gatefold
CD...$6.99
A great return to form for Chet Baker – his first record in a number of years away from the studio, and proof that his genius could adapt to just about any setting! The album's got a tight focus that's probably one of the keys to its success – a set of arrangements by Don Sebesky that ... CD