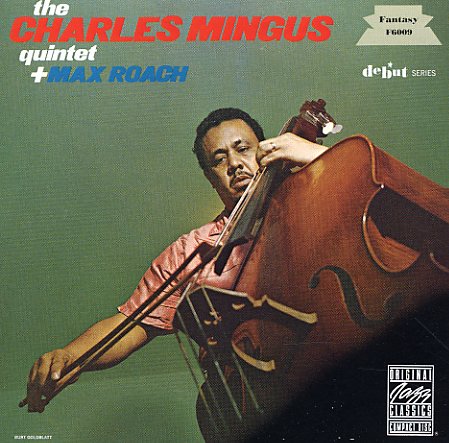 One of Charles Mingus' greatest albums from the early days – and a record that shows him making the shift into the groundbreaking style that would characterize his excellent work of the late 50s! The group features Mal Waldon on piano, George Barrow on tenor, Eddie Bert on trombone, and Max Roach on drums on two tracks (Willie Jones handles the kit on other cuts) – all coming together with a jagged sense of power that really shows Mingus taking charge – pushing the group strongly in a "jazz workshop" sort of mode! The album features a key reading of the seminal "Haitian Fight Song", a masterful reworking of the tracks "A Foggy Day" and "I'll Remember April" – and the tunes "Lady Bird", "Love Chant", and the very cool "Drums".  © 1996-2020, Dusty Groove, Inc.