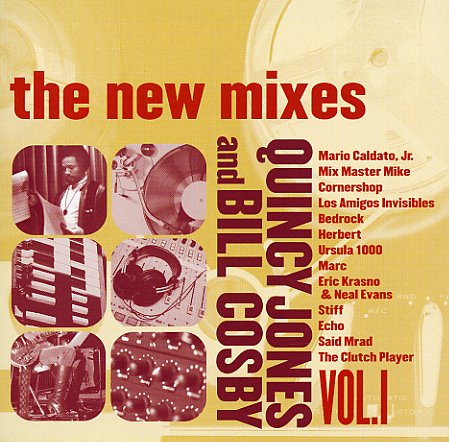 A classic funky soundtrack – remixed! In a surprisingly great move, Concord Records follows their re-release of the soundtrack to the original Bill Cosby Show of the late 60s with remixes of the Quincy Jones tunes by a variety of current producers! The work really steps off from the original sound of the show's music – using the best bits and quirky standout moments of the tracks, but crafting them into grooves that fit the specific moods of eacy of the producers. This is way more than a simple remix project, and is probably better stated by the "new mixes" title – with tracks that include "Where's Eddie" by Echo, "Jimmy's Theme" by Mario Caldato Jr, "Pelando" by Los Amigos Invisibles, "Along Came Mr Nobody" by Ursula 1000, "Matthew Herbert's Technically Amateur Mix" by Herbert, "Valeurs Personelles" by Cornershop, and "Miss Leslie" by Soulive.  © 1996-2022, Dusty Groove, Inc.
(Out of print.)