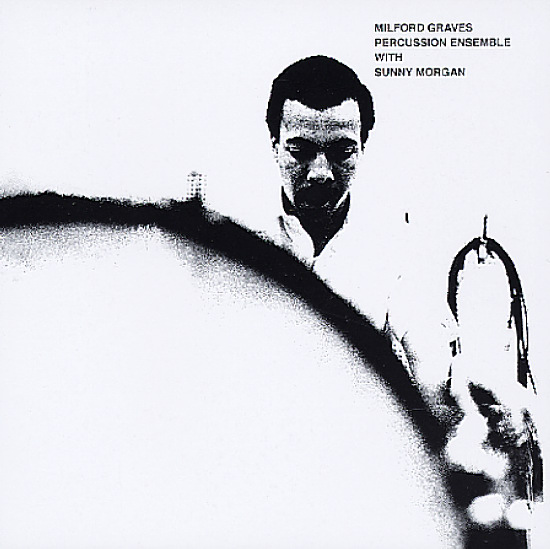 A classic album of avant percussion – even if the title's a bit misleading! The Milford Graves Percussion Ensemble is mostly just Milford Graves himself, playing on drums, bells, gongs, and shakers – joined on this early album by Sunny Morgan, who also plays drums and bells on the set – working with Graves in a spiritual exploration of space and sound that predates some of the AACM recordings by a few years, and which shows ESP to be one of the most groundbreaking jazz imprints of the 60s! Tracks have a fairly hard hitting approach, and titles include "Nothing", "Nothing 13", "Nothing 5-7", and "Nothing 19".  © 1996-2021, Dusty Groove, Inc.
(CONDITION NOTE: tray card is stained from water damage. Booklet is clean.)

Byron Allen Trio
Calibre/ESP (Netherlands), 1965. Used
CD...$9.99
Beautifully free alto work from Byron Allen – a player who really shines brightly on this rare session for ESP Records – one of the few ever cut under his own name! Allen's got a style that's right up there with the 60s best from Ornette Coleman or Marion Brown – able to move ... CD

Sonny Rollins With The Modern Jazz Quartet
Prestige/OJC/ZYX (Germany), 1951/1953. Used
CD...$6.99 (CD...$8.99)
Early Sonny Rollins work for Prestige – recorded in the years 1951 and 1953, in a variety of settings! 4 tracks on the album features Rollins blowing with the MJQ, one more has him working with a Miles Davis group, and the last 8 feature a quartet with Kenny Drew, Percy Heath, and Art Blakey. ... CD