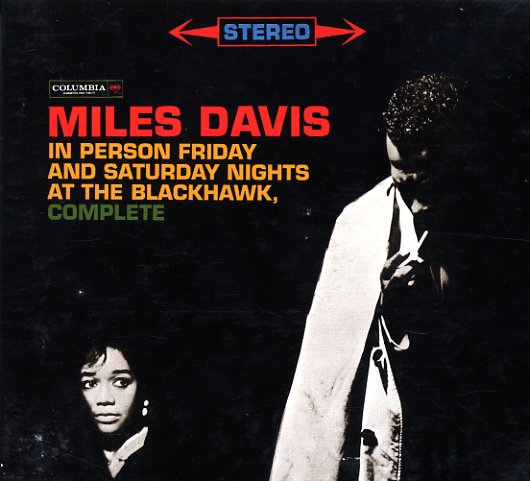 Originally a 2LP set, but now a 4CD package – with 14 previously unissued tracks! Legendary early live work from Miles Davis – one of the first examples on record of the way that Davis could really stretch out in a concert setting! The music's a bit more straight ahead than later live dates, but still pretty open and exploratory – and in addition to Davis' sparkling work on trumpet, the album also features some killer tenor lines from Hank Mobley – working here as a key part of Miles' group, and blowing with a hell of a lot of soul. Rhythm is by the rock-solid trio of Wynton Kelly on piano, Paul Chambers on bass, and Jimmy Cobb on drums – and titles include "Neo", "So What", "Fran Dance", and "Well You Needn't".  © 1996-2022, Dusty Groove, Inc.
(Out of print, small cutout mark through the slipcover barcode.)