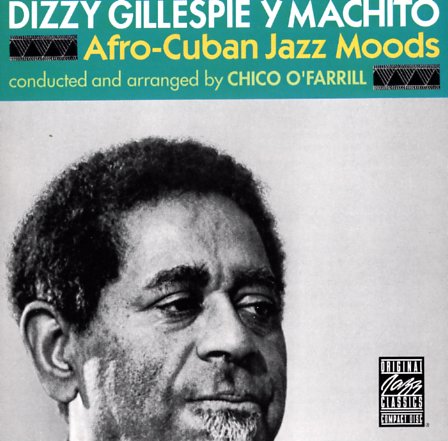 A great Dizzy Gillespie Latin session recorded during the mid 70s – proof that he could still hold onto the cubop spirit of the old days! The session features a larger group arranged and conducted by Chico O'Farril – who manages to keep a solidly Cuban groove at the base, but really let Dizzy open up with some broader horn flourishes at the top. Given the quality of actual Cuban jazz at the time, this set may well beat most of what was going on in Havana – thanks to solid solos from Dizzy, and backings from a group led by Machito, and featuring players who include Mario Bauza, Jorge Dalto, Manny Duran, Mauricio Smith, and Victor Paz. Side one features the extended "Oro, Incienso y Mirra", and side two is a 3-part suite, "Three Afro-Cuban Jazz Moods".  © 1996-2021, Dusty Groove, Inc.
(Cutout hole through rear case and tray card.)