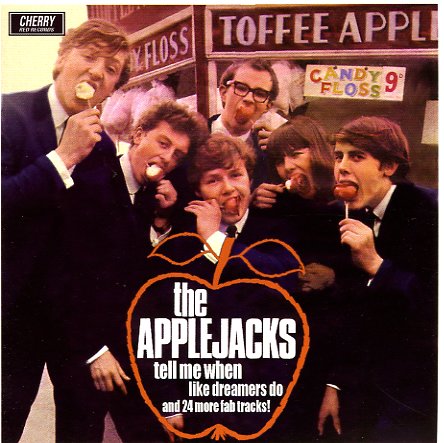 Underappreciated Brit Beat from the mid 60s – the complete 1964-1965 Decca recordings of the Applejacks! The 'Jacks do to the sound proudly, with punchy numbers and more delicate, slower tunes – and some choice covers. They recorded a then exclusive Lennon-McCartney tune, "Like Dreamers Do", as well as Ray Davies' "I Got To Sleep" – both of which are among the plentiful bonus tracks. Titles include "Tell Me When", "Wishing Will Never Make It So", "Over Suzanne", "Hello Josephine", "Too Much Monkey Business", "I Wonder", "See If She Cares". "What's The Matter Litttle Girl", "What'd I Say" and more. 10 bonus tracks: "Bye Bye Girl", "Make Up Or Break Up", "I'm Through", "Baby's In Black" and more.  © 1996-2021, Dusty Groove, Inc.