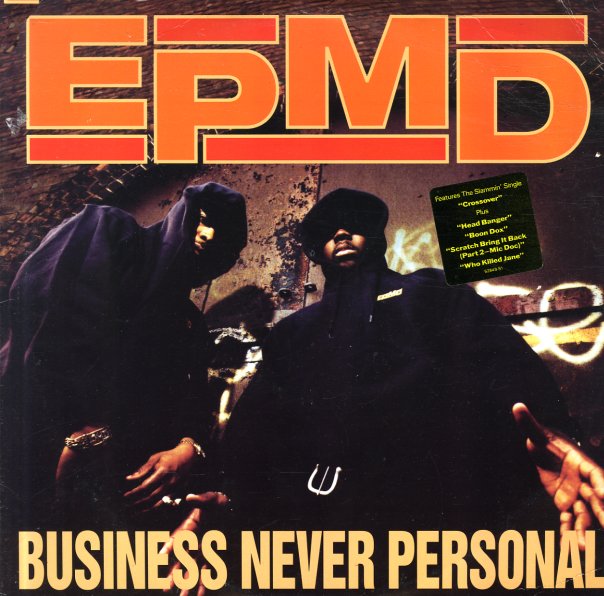 The final LP of the first round of EPMD, and the hardest to get on vinyl since it's not been made available in multiple pressings or reissues. 11 tracks of the LI hardcore boom bap with Eric and Parrish reppin' the East coast in fine style over their patented bass heavy trunk rattling beats. Non stop head nodders from start to finish including "Boon Dox", "Nobody's Safe Chump", "Can't Hear Nothing But The Music", "Chill", "Headbanger", "Scratch Bring It Back (Part 2 - Mic Doc)", "Cummin' At Cha", "It's Going Down", "Who Killed Jane", "Play The Next Man" and "Crossover".  © 1996-2022, Dusty Groove, Inc.
(Out of print.)