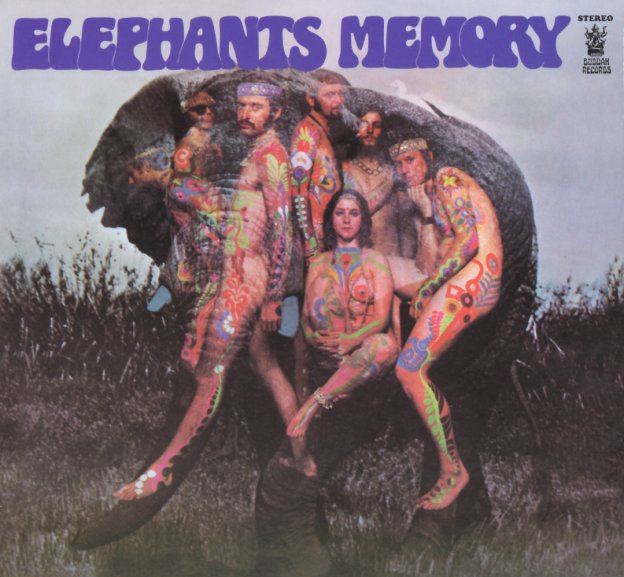 A pretty wild set from Elephants Memory – one that's as trippy as you'd guess from the group's image on the cover – and equally collaborative too! There's a strong mix of male and female vocals here – over guitar and rhythms that move effortlessly between blues rock and psych – all with a pretty loose, freewheeling sense of production – but enough tightness to make some of the chorus moments snap out nicely! Wes Farrell produced, but seems to really let the band do their thing – and in addition to songs written by group members Stan Bronstein, Michal Shapiro, and Richard Sussman – there also seems to be some song contributions from Tony Visconti too. Titles include "Hot Dog Man", "Talkin A Walk", "RIP", "Jungle Gym At The Zoo", "Don't Put Me On Trial No More", "Crossroads Of The Stepping Stones", "Band Of Love", and "Brief Encounter".  © 1996-2020, Dusty Groove, Inc.