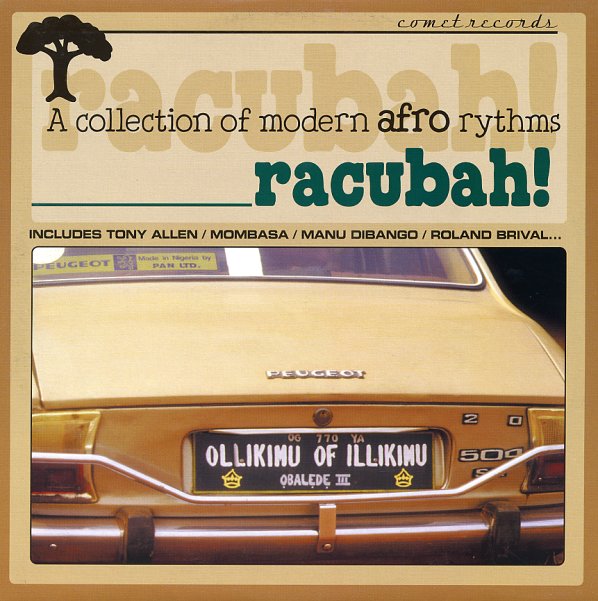 Groovy 2LP set that combines new and old Afro Grooves (in the tradition of Africa Funk!) – with many rare titles by African artists recorded in France that you'll be hard pressed to find elsewhere! Includes "Afro-Disco Beat" by Fela's drummer Tony Allen, "Racubah!" by the dancefloor group Ice, "Nairobi" by Mombassa, "Wilderness" from a rare library album by Manu Dibango, "Soul Power" by Mulatu Astatke, and "Creole Gypsy" by Roland Brival. Lots more, and a nice batch of grooves!  © 1996-2021, Dusty Groove, Inc.
(Cover has light wear. Vinyl has a few light clicks.)

Atlantic Records History Of Rhythm & Blues Vocal Groups
Atlantic, 1950s/Early 60s. Near Mint-
LP...$9.99
Titles include "Please Mr Disc Jockey" by The Sensations, "Down In Mexico" by The Coasters, "Smokey Joe's Cafe" by The Robins, "Adorable" by The Drifters, "She's Mine All Mine" by The Royal Jokers, "Come Back My Love" by The Cardinals, and ... LP, Vinyl record album

Don't Stop – Recording Tap (3LPs – with CD and 11 bonus instrumentals)
Numero, Early 80s. Sealed 3LP & CD
LP...$34.99
Not much of a cover photo, but one of the most amazing collections so far from the Numero Group – a richly archival project that finally brings to light the lost efforts of the short lived Tap Records label! Tap was the brainchild of Jeremiah Yisrael – an ambitious producer, and ... LP, Vinyl record album