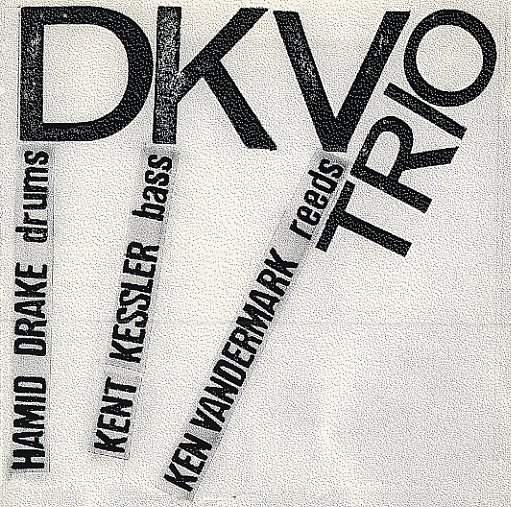 When tenor player Ken Vandermark moved to Chicago in the early 90s, his presence began a set of ripples that ran through the city's jazz scene, and left traces that continue to transform the city to this day! One of those ripples became the DKV trio – a brilliant ensemble featuring Vandermark, bassist Kent Kessler, and percussionist Hamid Drake – a crack avant trio, with no end of imagination and creativity – stepping out here on a flagship recording for the Okka Disk label, maybe the most important force to document Vandermark's mighty talents during these early years! The recording features 5 tracks of varying length, from the 35 minute "Baraka" to the 8 minute "Soft Gamma Ray Repeater" – plus the titles "Figure It Out", "Consequence", and "Double Holiday".  © 1996-2021, Dusty Groove, Inc.
(In a nice gatefold mini-LP sleeve.)

Trigonometry
Okka Disk, 2002. Used 2 CDs
CD...$14.99 (CD...$10.99)
Excellent work from the trio of Ken Vandermark, Hamid Drake, and Kent Kessler! The 2CD set features tracks from two different live shows – one recorded in Rochester, the other in Kalamazoo, both during the group's 2001 tour of the US. Vandermark is ever-brilliant – still growing ... CD

Bishop/Kessler/Mulvenna
Okka Disk, 1999. Used Gatefold
CD...$6.99
This is the kind of killer small group material that is making Chicago's avant scene jump with energy these days! The set features the soon-to-be legendary trombonist Jeb Bishop in a trio with heavy-duty bassist Kent Kessler and up-and-coming drummer Tim Mulvenna. The set's a no-nonsense batch of ... CD