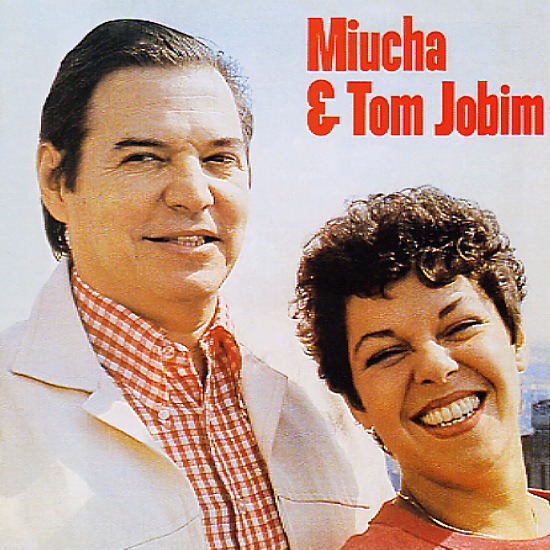 This second collaboration between these two great talents is every bit as wonderful as the first – a great later set of bossa-revival work, done by Tom Jobim and Miucha in a similar mode to his earlier work with Elis Regina! The set was recorded in New York, with spacious production from the legendary Aloysio De Oliveira – and the result's a beautiful combination of lilting melody and warm vocals that shows that Jobim could still sound wonderful, even after his initial 60s classics. Chico Buarque and Joao Donato contribute to the magic, and titles include "Turma Do Funil (No Baixo Leblon)", "Triste Alegria", "Sublime Tortura", "Samba Do Carioca", "Falando De Amor", "No Cego", and "Dinheiro Em Penca".  © 1996-2020, Dusty Groove, Inc.
(Out of print. Part of the excellent Serie 100 Anos De Musica!)

Estreia
BMG (Japan), 1969. Used
CD...$19.99
Groovy vocal pop from Brazil – an unusual group with a mellow harmony sound – one gal and five guys, gently singing together over some light arrangements of American and Brazilian pop tunes! The style of the record is different than work by other Brazilian harmony combos of the 60s ... CD

Rain Forest
Verve, 1966. Used
CD...$12.99
An album that not only broke the bossa big in the US – but a set that also really helped transform the sound of the organ in jazz! Not only is the record a key meeting of bossa rhythms and jazz organ – transplanted hugely to the US after a big initial Wanderley run in 60s Brazil – ... CD