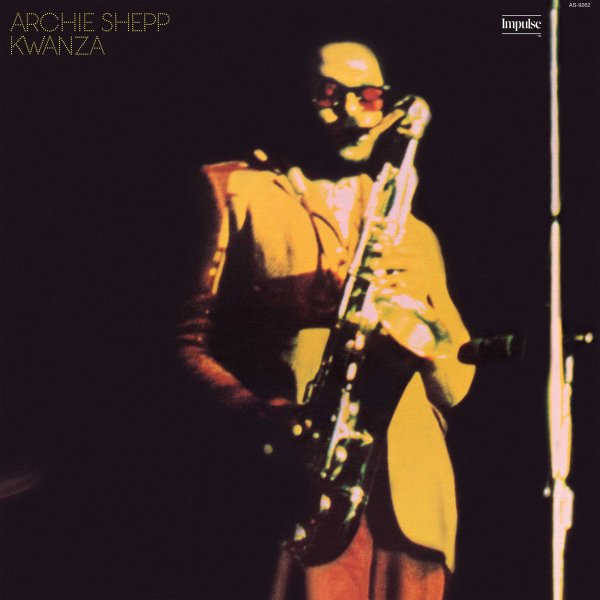 A brilliant little album from Archie Shepp – material recorded on a variety of dates at the end of the 60s, but packaged together as an extremely soulful set in the mid 70s! There's a feel here that rivals some of the best moments of the Attica Blues years – a mix of spiritual soul jazz and bolder modern moments – reigned in nicely from the freer Shepp sound of a few years before, and given a really righteous focus by the addition of vocals on some tracks. Archie sings a bit himself, and one number features Leon Thomas singing with Tasha Thomas and Doris Troy – a very odd meeting in the studio! Players include Woody Shaw, Jimmy Owens, Dave Burrell, Grachan Moncur III, and Wally Richardson – and the tracks even get a bit funky at times! Titles include an excellent version of "New Africa", which was recorded later in Paris by Grachan Moncur III – plus "Back Back", "Spoo Pee Doo", "Slow Drag", and Cal Massey's "Bakai".  © 1996-2020, Dusty Groove, Inc.
(Out of print.)

Cry Of My People
Impulse, 1972. Used
CD...$6.99
One of the most righteous albums ever from Archie Shepp – a beautiful late Impulse set of grooves, and a record that matches the genius of Attica Blues! Shepp's working with a loose collective of players that includes Charles Greenlee, Harold Mabern, and Beaver Harris – plus vocalists ... CD

Montreux One
Arista Freedom/DA Music (Germany), 1975. Used
CD...$18.99
Great live material from Shepp – not out or crazy, but also not spiritual or hippy dippy, either. The record's kind of a perfectly soulful straight ahead set – in a mode that hints at the traditional direction Shepp would take at the time, but with a lot more interesting moments. The ... CD

Live In San Francisco
Impulse, 1966. Used
CD...$11.99
A great counterpart to some of Archie Shepp's studio albums for Impulse – a live date recorded in San Francisco, with a slightly freer, sharper edge! The sound is almost free at times, but always with that strong sense of focus that Archie brought to his brilliant work of the time – ... CD

On Green Dolphin Street
Denon (Japan), 1977. Used
CD...$19.99
A wonderful album for all those folks who ever crabbed about Shepp going back "inside" during the late 70s! The record is straight jazz – not as righteous as Attica Blues or some of the other Impulse albums, yet done with a wonderfully soulful quality that shows that even without a ... CD

Bill Plummer & The Cosmic Brotherhood (LP sleeve edition)
Impulse/Get On Down, 1967. Used Gatefold
CD...$32.99
Incredibly great – and one of the best of the late 60s trippy jazz albums on Impulse! Bill Plummer plays electric sitar with the "Cosmic Brotherood", a group that includes Tom Scott on saxes and electronics, Carol Kaye on Fender bass, Milt Holland on tabla, and Mike Craden on a ... CD

That's The Way It Is
Impulse, 1969. Used
CD...$11.99
At the end of the 60s, Milt Jackson and Ray Brown cut some very groovy records together – teamed up in a great pairing of styles that pushed both of them way past the more standard sounds of earlier years! This album's one of the best of the bunch – as it features pianist Monty ... CD