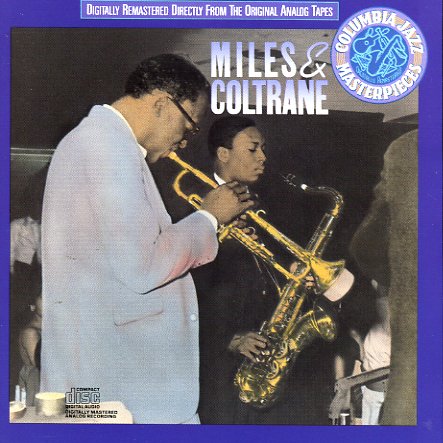 A strong collection of sides that Miles recorded for Columbia during the late 50s – most featuring a group that included John Coltrane, Cannonball Adderley, Bill Evans, Paul Chambers, and Jimmy Cobb, caught live at the Newport Jazz fest in 1958, playing the tunes "Ah-leu-cha", "Straight No Chaser", "Fran-Dance (Put Your Little Foot Right Out)", "Two Bass Hit", and "Bye Bye Blackbird". The remaining 2 tracks – "Little Melonae" and "Budo" – are from a 1955 set that includes Coltrane, plus the rhythm trio led by Red Garland and featuring Paul Chambers & Philly Joe Jones.  © 1996-2022, Dusty Groove, Inc.
(Out of print.)