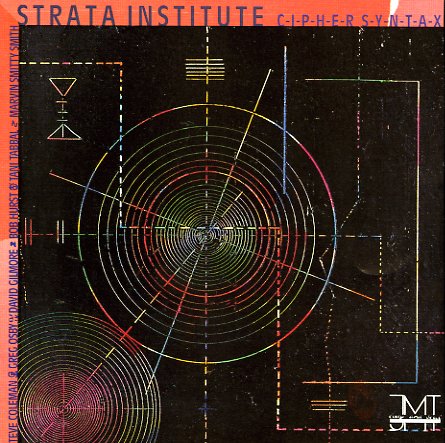 Features Steve Coleman on alto, Greg Osby on soprano and alto, Bob Hurst on bass, Tani Tabbal on drums, and Marvin Smitty Smith on drums and percussion – plus guitar from David Gilmore.  © 1996-2021, Dusty Groove, Inc.
(Out of print.)

Thelonica
Enja/Polydor (Japan), 1982. Used
CD...$11.99
There's a definite Monkish bent to this one, in case you couldn't guess from the title – but Tommy Flanagan doesn't simply copy Monk's compositions, but also throws in a few great touches of his own! The session's got a depth and complexity that goes beyond other standard tributes to ... CD

Emergency
Polydor, 1969. Used
CD...$7.99
A seminal jazz rock statement from drummer Tony Williams – one that has him stepping out quite far from his original "new thing" recordings of the mid 60s! The album's got a genre-forming sound that's incredibly fierce – a power trio churning of Williams drums, John ... CD