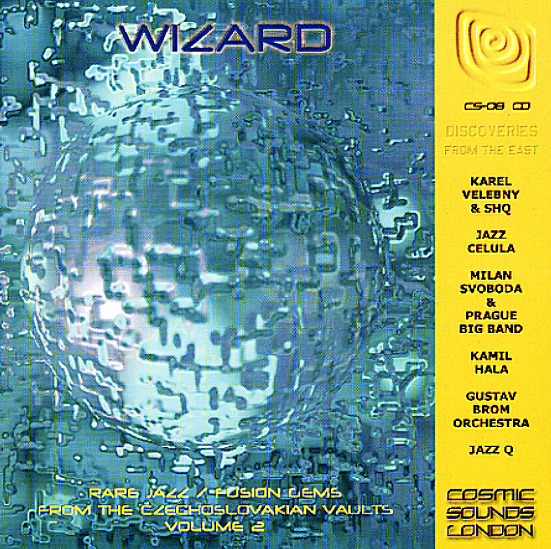 Excellent funky jazz work from Eastern Europe – very much in the spirit of recent compilations on the Jazzanova label, or similar sets on Cosmic Sounds. The album collects sublime material from the vaults of Supraphon, a hip Czech label that cut records so cool they're beyond description. The 8 tunes on the set are a mixture of Latin jazz, big band grooves, and funky electric fusion – but they all share a wonderfully fresh approach to arrangements, with modal bits hitting straighter jazz bits hitting choppy rhythmic grooving, in a blend so cool it'll have you digging through record shops for all things Czech. There's a lot of similar styles to some of the best 70s MPS work on the record – and you can also hear the influence of the music on some of the current European groove scene. Titles include "Presage" and "Wizard" by Jazz Q, "Memory" and "Dance For Two" by Gustav Brom, "Cubano Chant" by SHQ, "Dew Drop" by Kamil Hala & CZ Radio Jazz Orchestra, and "Wait For Me" by Milan Svoboda & Prague Big Band.  © 1996-2021, Dusty Groove, Inc.
(Out of print.)

Sprechen Sie Pop?
Bureau B (Germany), Late 60s/Early 70s. Used
CD...$8.99
German grooves galore – a great little set that falls nicely into In-Kraut territory, but which also features some fresh bits too! The vintage here is mostly late 60s and early 70s – and the tracks are almost all German language numbers with a mod sort of groove – bits of funk at ... CD

Soul Togetherness 2019 – 15 Modern Soul Room Gems
Expansion (UK), 2019. Used
CD...$8.99
A killer collection of contemporary soul – served up in a way that really understands what makes classic soul music so great, then finds a way to provide a similar vibe from music that's new! And by that, we don't mean that the music is retro, or old-sounding at all – just that it's ... CD