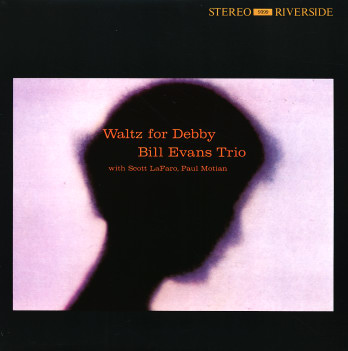 Waltz For Debby (with bonus tracks)

An incredible album from Bill Evans – and maybe THE record you need in your collection if you're trying to understand his contribution to jazz! The album's one of Evan's first sides from the Village Vanguard – and features the legendary trio that included Scott LaFaro on bass and Paul Motian on drums – both players who could shake free from conventional rhythmic roles in a piano trio, yet who also support Evans' lyrically modal playing here beautifully! The tracks are a bit longer than Bill's studio sides from the time, allowing for even more magical interplay on the keys – and titles include "My Foolish Heart", "Waltz For Debby", "Detour Ahead", "My Romance", "Some Other Time", and "Milestones". Features bonus tracks – "Porgy", plus alternates of "Waltz For Debby", "My Romance", and "Detour Ahead".  © 1996-2021, Dusty Groove, Inc.

Eric Dolphy At The Five Spot Vol 2
Prestige/OJC, 1961. Used
CD...$6.99
Searing live work from Eric Dolphy – part of a series of recordings that set a whole new standard for live jazz recording! The record features Dolphy going even farther out than on his studio sides from the time – as the record features very long tracks performed by a crack group that ... CD