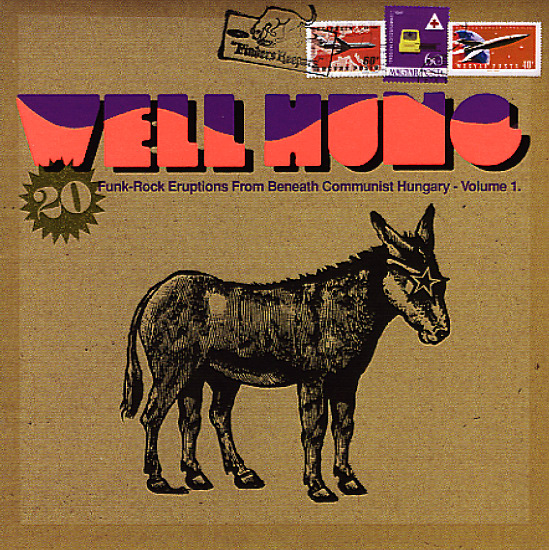 An amazing collection of funky work from Communist Hungary – music that's really making us change our opinion about the Cold War! Back in the day, we used to think the Iron Curtain was in place to keep out Western forces – but now we know it was there to keep in groovy music like this – secret underground grooves that explode with the power of a thousand ICBMs! The core style here is mostly rock, but the groups bring in plenty of funk too – heavy drums, rumbling bass, and fuzzy guitar that really make these cuts groove nicely – in ways that are similar to some of the more proggish fusion that's been compiled from the Eastern European scene of the 70s, but usually in a more tuneful, lyric-oriented way. And while you can't understand most of the words in the songs, that's nothing to worry about at all – because these cuts are all musical gems through and through, and the lack of meaning in the lyrics only makes the vocals come through as one more instrument in the array of funky sounds. The package comes with full, amazingly detailed notes on the tunes – and the set features 20 tracks that include "Nem Biztos Semmi" and "Add Mar Uram Az Esot" by Kati Kovacs, "Egy Lany Nem Ment Haza" by Omega Redstar, "Vegallomas" by Hungaria, "Mondj Egy Meset" by Piramis, "Kergeskezu Favagok" by Locomitiv GT, "A Bolond Lany" by Illes, "Kivanj Te Is Nekem Szep Jo Ejszakat" by Meteor & Demjen Ferenc, "Hetkoznapi Balladak" by Bergendy, "Szevasz Haver" by Skorpio, and "Kinai Fal" by Nemenyi Bela & Atlantis.  © 1996-2021, Dusty Groove, Inc.