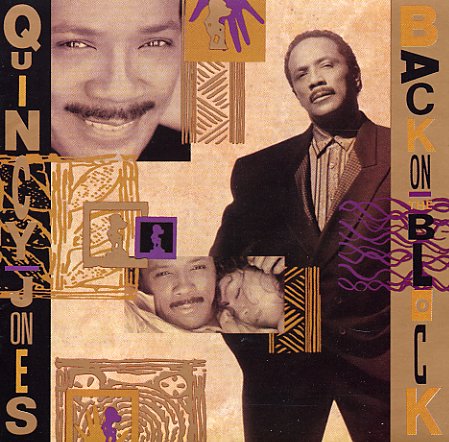 One of the last really all-star sets from Quincy Jones – and a record that reprises the format of some of his big records of the 70s – like Mellow Madness or Body Heat – in a way that has Quincy surrounding himself with top-shelf artists of all sorts, from jazz soloists, to hip hoppers, to R&B vocalists. Kool Moe Dee & Big Daddy Kane rap on a version of "Birdland" that also has solos from Miles, Diz, and James Moody; Take 6 sing on a mellow version of Ivan Lins' "Setembro (Brazilian Wedding Song)", Bobby McFerrin sings goofily on "Wee B Dooinit", Siedah Garrett and Al B Sure sing on "The Secret Garden", and a whole choir joins in on "Tomorrow".  © 1996-2022, Dusty Groove, Inc.
(Out of print, Columbia House pressing.)

Sounds & Stuff Like That
A&M, 1978. Used
CD...$6.99
The Dude at the height of his powers – serving up a smooth blend of soul and jazz that set the standard for an entire generation! As with some of his other 70s albums, Quincy's working here with a host of great talents that make the record sizzle – guests that include Hubert Laws, ... CD