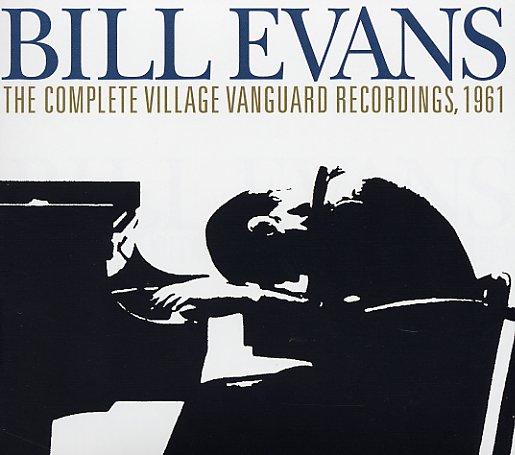 Magical trio recordings from the classic trio that featured Bill Evans on piano, Scott LaFaro on bass, and Paul Motian on drums – a massive 3CD set of music, and one that brings together the complete June 1961 Village Vanguard recordings! The revolutionary bass work of LaFaro, and free-thinking rhythms of Motian really helped open up Evans' work on piano at the time – and their influence is heard to best effect on this spontaneous live set, spread out over the course of 22 tunes, recorded throughout the afternoon and evening on June 25, 1961. The package features one newly-discovered take, plus a number of alternates, spoken bits from Bill, and even a few final bars of music. Titles include "Solar", "Milestones", "All Of You", "Gloria's Step", "My Man's Gone Now", "Detour Ahead", "My Romance", and "Waltz For Debby".  © 1996-2021, Dusty Groove, Inc.
(Out of print. Mark through slipcover barcode.)

Paris Concert – Edition Two
Elektra, 1979. Used
CD...$9.99
Sublime late live work from Bill Evans – a well-recorded performance for French radio, and one that really stands out from some of the scratchier late 70s concerts on the market! Bill's working here with a sound as sensitive and picturesque as the cover image – never pushing things too ... CD

Caravan (plus bonus tracks) (Keepnews collection)
Riverside, 1962. Used
CD...$6.99 (CD...$8.99)
One of the best non-Blue Note sessions from Art Blakey in the 60s – a really searing set that features the sextet lineup of the Jazz Messengers – a group that's filled with legends who include Freddie Hubbard on trumpet, Wayne Shorter on tenor, Curtis Fuller on trombone, Reggie Workman ... CD