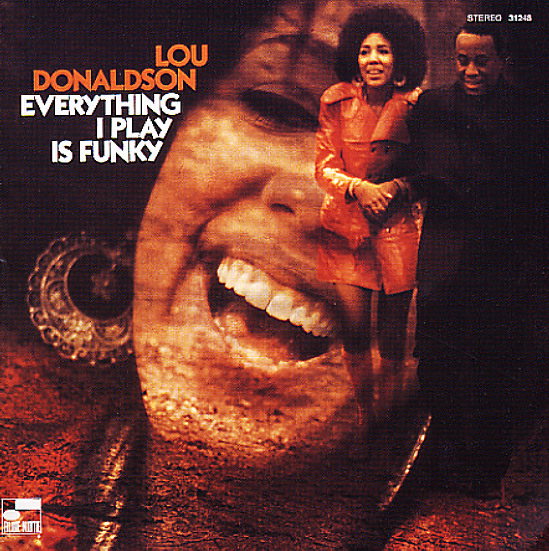 The title's no lie – because the album is one of the shining jewels of Lou Donaldson's legendary funk years for Blue Note – that second period when he returned to the label at the end of the 60s, and really helped redefine the sound of soul jazz at the time! The format here is very much the same as other Donaldson classics from the time – like Hot Dog or Possum Head – in that the tracks are long, open, and plenty darn grooving – locked in some funky rhythms that feature Idris Muhammad on some very heavy drums! Other players are great too – and include Blue Mitchell on trumpet, Melvin Sparks on guitar, and Lonnie Smith on Hammond – all cooking things up nicely on tracks that include "West Indian Daddy", "Donkey Walk", "Everything I Do Gonh Be Funky", and "Hamp's Hump".  © 1996-2021, Dusty Groove, Inc.
(Out of print, origingal Rare Groove pressing.)

Pretty Things
Blue Note, 1970. Used
CD...$16.99
A massive classic from Lou Donaldson's funky years with Idris Muhammad on drums – an album that's filled with lots of bottom-heavy grooves, plus some great work on alto, guitar, and organ! Muhammad's drums are in fine fine form here – right up there with his other LD Blue Note work, if ... CD

Mr Shing-A-Ling
Blue Note, 1967. Used
CD...$18.99
A massive little record, and a real turning point for alto genius Lou Donaldson – as he uses the set to move from the tight bop of earlier years into a whole new spectrum of funky grooves! Key to this project is drummer Idris Muhammad – who's on the kit, already kicking it up in the ... CD

Natural Soul (RVG remaster edition)
Blue Note, 1962. Used
CD...$6.99
A pivotal record from Lou Donaldson – one that has him forging out some of his first funky soul jazz sounds, moving from his bop roots, and working with a hip young group that includes Grant Green and John Patton, both of whom he discovered and brought to Blue Note (thanks Lou!) The tracks ... CD