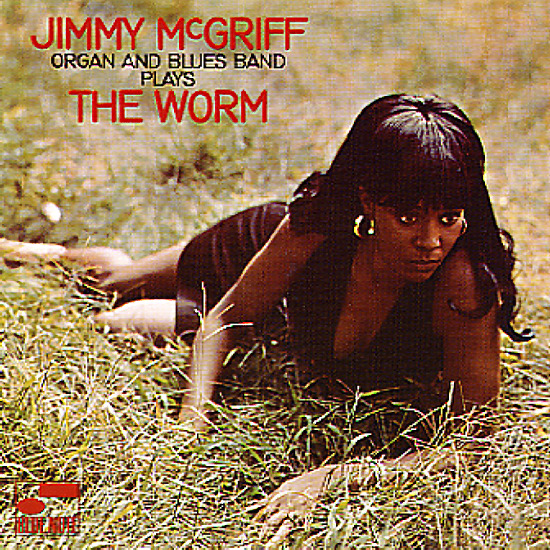 Heavy funk from Jimmy McGriff – a monster set of grooves that ranks with his best of the late 60s! The tracks are short and sock-hard – Jimmy wailing on Hammond, over rhythms that have plenty of sharp edges, and lots of nice drum work – all recorded in a mode that's a heck of a lot rawer than some of his other records! The album brings together all the rough power of Jimmy's years at Sue Records with the funkier grooves of his 70s work – and features a killer combo that includes tenor from Fats Theus, alto from Danny Turner, trumpet from Blue Mitchell, guitar from Thornel Schwartz, and drums from both Mel Lewis and Grady Tate. Titles include "The Worm", "Blue Juice", "Lock It Up", "Think", "Heavyweight", and "Girl Talk".  © 1996-2021, Dusty Groove, Inc.
(Out of print Rare Groove pressing with a small cutout notch through the spine.)

Tailgunner
LC/Ultra Vybe (Japan), 1977. Used
CD...$11.99
Jimmy McGriff in a very cool 70s mode – hitting some of the fuller, more soul-based styles that Johnny Hammond and Jimmy Smith were exploring in the middle of the decade – while still also displaying a hell of a talent on the organ as well! The album has extra keyboards from Pat ... CD