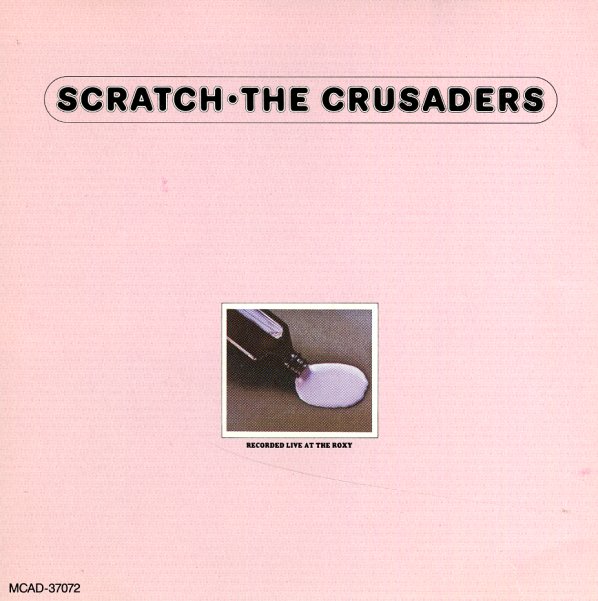 A great Crusaders album – and one that's a perfect bridge between their earlier soul jazz styles, and their tighter funkier electric one. The album was recorded live at the Roxy, and the group is augmented by Larry Carlton on guitar, who gives the tracks a nice razor edge at his best moments. All songs are pretty long – and the band is in extremely good form, jamming away with lots of funky vamping, and breaking out with some very soulful solos. Titles include "Scratch", "Hard Times", "So Far Away", and "Way Back Home".  © 1996-2021, Dusty Groove, Inc.
(Punch through barcode.)

Street Life
MCA, 1979. Used
CD...$5.99
One of our favorite albums ever from The Crusaders – a set that really sums up all the tightness they'd forged in the 70s, while still showing a new sense of soul and funk as well – expertly balanced with flawless LA production! The album may well be the group's equivalent of a Steely ... CD

Ballads
Impulse/MCA, 1962. Used
CD...$3.99
A perennial favorite in the John Coltrane catalog – a beautiful set of standards, handled in a warm laidback style – but which still has some of the depth of soul that John Coltrane brought to his more experimental work on Impulse Records! The album's a classic introduction to the ... CD

Poinciana
Argo/MCA, 1958. Used
CD...$4.99
The tune "Poinciana" must have been written by Jamal – as the lyrical flowing style of the song is perfect for his deeply soulful piano style. It wasn't, though – although this recording of the tune has made it one of the biggest in Jamal's book from the time, a perpetual ... CD

Africa/Brass Vols 1 & 2
Impulse/MCA, 1961. Used
CD...$11.99
Quite a different album than usual for John Coltrane, but a classic one too – and a set that has the great one exploring his ideas in a set of longer tracks recorded with an expanded jazz orchestra! The format's hardly the mainstream big band of the time – as Coltrane's filled the ... CD