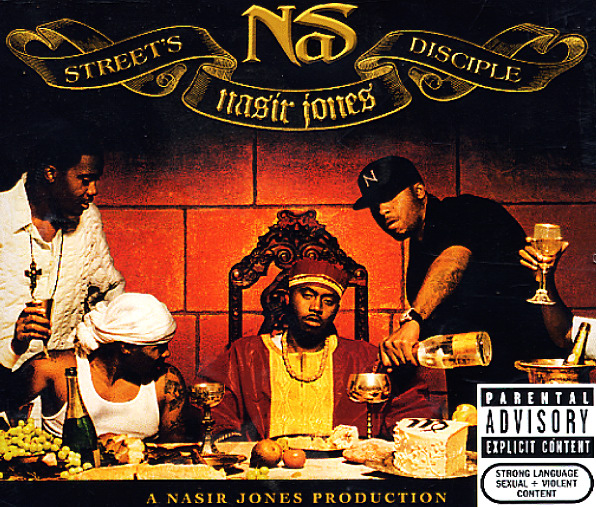 Beats by LES, Chucky Thompson and Salaam Remi. Rhymes by Nas. Lots of rhymes by Nas. Almost more Nas than anyone needs in one place. Appearances by Olu Dara, Kelis, Scarlett, Ludacris, Doug E Fresh, Busta Rhymes, Maxwell, Quan, Keon Bryce, and Emily. Titles include "Nazareth Savage", "American Way", "These Are Out Heroes", "Disciple", 'Rest OF My Life", "Suicide bounce", "Streets Disciple", "Unauthorized Biography Of Rakim", "Remember The Times", "The Makings Of A Perfect B****", "Bridging The Gap" and 'War".  © 1996-2022, Dusty Groove, Inc.
(Out of print. Limited edition poster not included.)