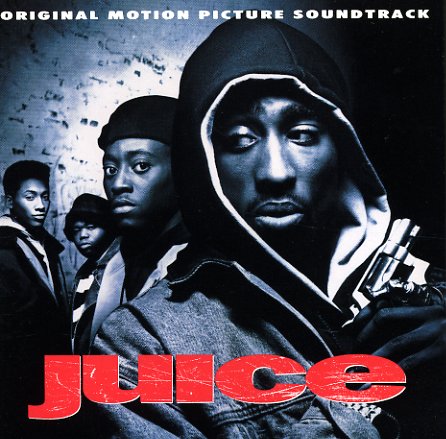 The sharp Bomb Squad-spearhead soundtrack to Juice – standing the test of time very well over the years, thanks to the genuine dopeness of prime early 90s tracks by Cypress Hill, Brand New Heavies, Eric B & Rakim, EPMD and more! Some of the nicest includes Naughty By Nature's "Uptown Anthem", Eric B & Rakim's "Juice – Know The Ledge", Too Short's "So You Wanna Be A Gangsta", Son Of Bazerk's "What Could Be Better" and Big Daddy Kane delivering his long lost fast rhyme style while riding a very hyped Bomb Squad beat on "Nuff Respect".  © 1996-2023, Dusty Groove, Inc.
(Barcode has a cutout hole.)