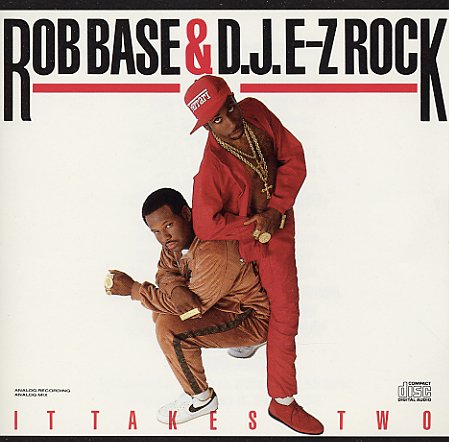 This might not be the most important or vital album in the history of hip hop – but it's got some unstoppable party jams that can't be denied! "It Takes Two" will always be guaranteed to rock any party – and if Rob Base on the mic isn't anything to write home about, at the time Profile dropped this album, even the Jimmy Castor, ESG and James Brown samples weren't totally played out – and still sound great today. 10 tracks in all, also includes the hit "Joy & Pain", plus "Make It Hot", "Check This Out" and "Get On The Dance Floor".  © 1996-2021, Dusty Groove, Inc.

LAX (2CD deluxe edition)
Geffen, 2008. Used 2CD
CD...$6.99
The third album by The Game – still striving to both modernize and represent the old school of LA gangsta – diversifying the production and the rhymes with a freewheeling selection of guests – including Common, Bilal, Keyshia Cole, Nas, Ice Cube, Lil Wayne and others. Production ... CD