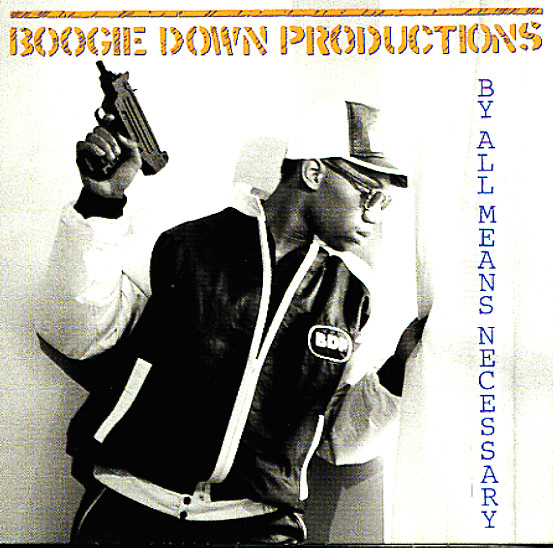 By All Means Necessary

Seminal late 80s righteous hip hop from KRS and Boogie Down Productions! By All Means Necessary shows remarkable change in lyrical style from Criminal Minded, delivering a eavy dose of knowledge at a time when so much hip hop was all about rocking the party. KRS's lyrics here mark a serious turn for political hip hop, and it sets a new standard production-wise, as well. Greatness! Includes "My Philosophy", "Ya Slippin'", "Jimmy", "Illegal Business", "Stop The Violence", "Nervous", "I'm Still #1", "Part Time Suckers", "T'Cha - T'Cha" and 'Necessary".  © 1996-2021, Dusty Groove, Inc.
(Out of print. Booklet has a couple of small light stains – very minor.)