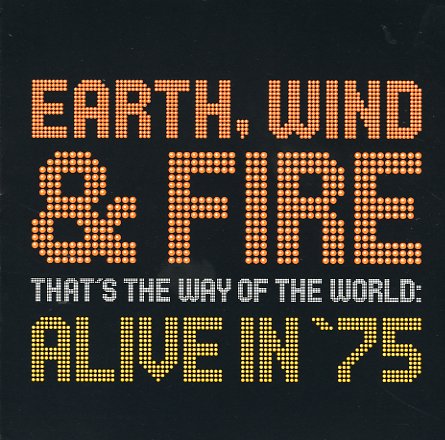 A previously-unissued live set from Earth Wind & Fire – recorded during their monumental tour of the US in 1975! The performance captures the group at the height of their powers – working with a tightness that's incredible, especially considering the massive stage setting – hitting grooves that are often even funkier than their studio albums, with an even sharper edge than on the better-known Gratitude live album from the 70s. The choice of tracks is great – and the album's filled with loads of the group's early gems – including "Mighty Mighty", "Kalimba Story", "Yearnin Learnin", "Shining Star", "Happy Feelin", "Evil", "Reasons", and "That's The Way Of The World" – plus a version of "Sun Goddess" with guest keys from Ramsey Lewis!  © 1996-2021, Dusty Groove, Inc.