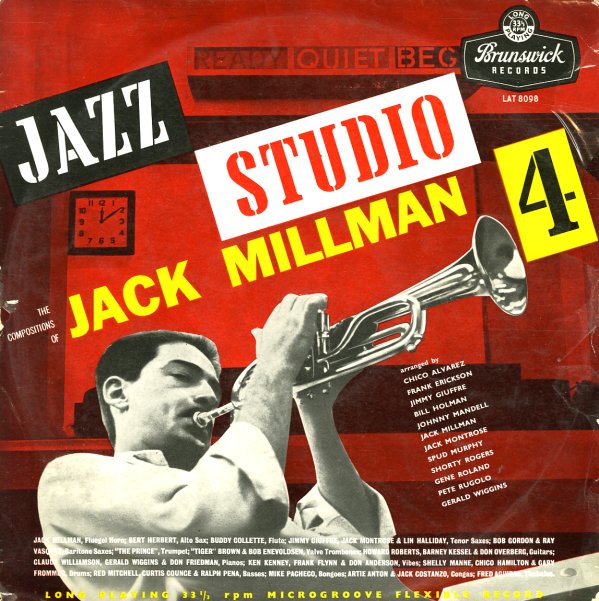 A rare session as a leader by trumpeter Jack Millman – one that's based around his own compositions, and which a large group of west coast players alongside some lesser-known 50s talents! Players include Fred Aguirre, Lin Halliday, Artie Anto, Mike Pacheco, Curtis Counce, Herb Geller, Jimmy Giuffre, Howard Roberts, and Don Friedman – playing arrangements of Millman tunes by Shorty Rogers, Jimmy Giuffre, Jack Montrose, and Pete Rugolo. Tracks are short, but have wonderfully constructed horn passages – as well as some very nice use of Latin percussion – and titles include "Tom & Jerry", "Bolero De Mendez", "Groove Juice", "Pink Lady", "The Turk", and "Bambi".  © 1996-2021, Dusty Groove, Inc.
(Black label Decca pressing with deep groove. Cover has light wear, aging, and some light stains at the bottom.)