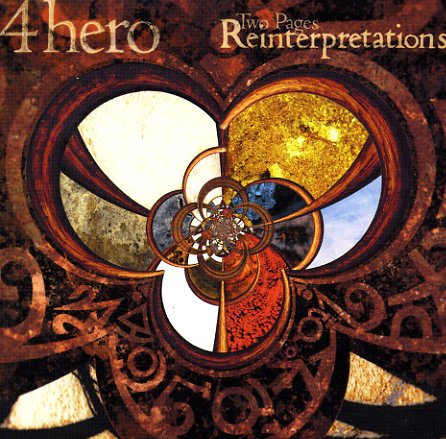 The remixed version of 4 Hero's beautiful Two Pages album – one of the most heavenly set of grooves recorded in the past decade! The remixers are incredibly well-chosen – all with a love of the group's style, and an approach to the music that still preserves all the spirit and soul of the original, yet which also imbues it with a visionary appreciation to take it to the next level! Remixers include Jazzanova, Phil Asher, Ron Trent, Kirk De Giorgio, Photek, Masters At Work, and Shawn J Period – and tracks include "Escape That (New Sector Movements Selekshan 2 Sector rub rmx)", "Mathematical Probability (Mustang rmx)", "Planetaria (Hefner rmx)", "We Who Are Not As Others (Alpha Omega rmx)", "Star Chasers (Azymuth rmx)", "The Action (Shawn J Period rmx)", and "Dauntless (Restless Soul South Pacific rmx)".  © 1996-2020, Dusty Groove, Inc.
(Out of print.)