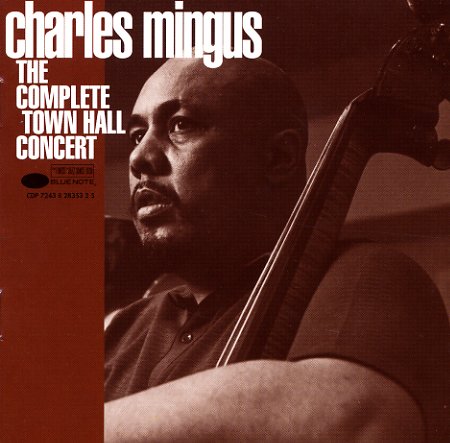 Also available
Charles Mingus — Complete Town Hall Concert (UHQCD pressing) ... CD 19.99
A legendary work – featuring Charles Mingus' great and chaotic Town Hall concert, one of those special events that achieved legendary status before it even started – not just because of the range of great musicians involved, but because the whole set was barely off the ground by the time it began! The set features a brilliant set of arrangements that Mingus barely copied and handed around before the show started – but that hardly stopped the music from being great, because everyone plays magnificently, especially Jerome Richardson and Charles McPherson, who was hitting a really great period here with Mingus. Tracks include "Epitaph", "Clark in the Dark", "Freedom", and "My Search". The CD also features the first full version of the concert – with many previously unissued tracks!  © 1996-2023, Dusty Groove, Inc.
(Out of print.)

East Coasting (Japanese pressing – with bonus tracks)
Bethlehem/Toshiba (Japan), 1957. Used
CD...$9.99 (LP...$26.99)
One of Charles Mingus' excellent albums for the Bethlehem label – recorded during that magical year of 1957, a real turning point in his career! There's a sharpness here to Mingus' musical vision that hadn't shown up in previous years – a refinement of ideas expressed for Savoy and ... CD

Charles Mingus Presents Charles Mingus
Candid (UK), 1960. Used
CD...$4.99 (CD...$12.99)
The title's an apt one, because after frustrations experienced working for Columbia and other labels, Mingus is finally allowed the freedom here to present his own ideas in all their unfettered glory – working with a bracingly tight quartet that features Eric Dolphy on alto and bass clarinet ... CD