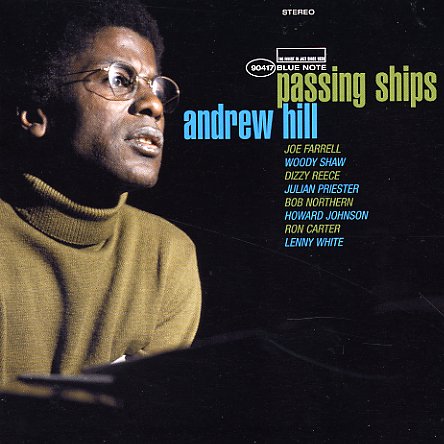 Astounding work from pianist Andrew Hill – a rare session that was recorded for Blue Note in 1969, and issued here for the first time! The work has an extremely ambitious approach – with Hill leading a 9 piece group that includes Woody Shaw, Dizzy Reece, Julian Priester on trombone, Joe Farrell, Lenny White, and Ron Carter. The tracks are all originals – written with a style that retains some of the modern edges of Hill's earlier Blue Note work, but which also shows him opening up and blossoming into more of a spiritualist jazz style. The larger group have an incredibly unified approach, and Farrell's solos in particular really break out with some wonderful moments – helping Hill to realize the soulful modern sound that he was reaching for in his writing, a style that easily makes this one of his most compelling albums! Really really great stuff – finally restored from tapes that had languished for years because of inferior quality. And the material's never been issued before – not even by Mosaic – with titles that include "The Brown Queen", "Cascade", "Yesterday's Tomorrow", "Sideways", "Passing Ships", and "Noon Tide".  © 1996-2023, Dusty Groove, Inc.
(Out of print Connoisseur pressing.)