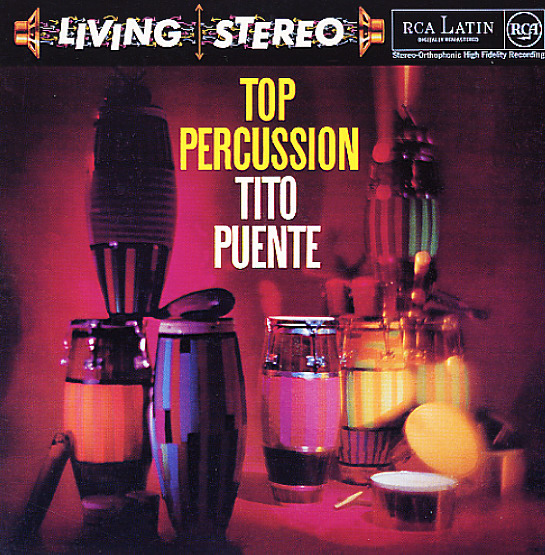 One of the greatest Tito Puente albums from the 50s, and a spare percussion jam session that's right up there with his legendary Puente In Percussion album! The group features Mongo Santamaria, Bill Correa, Julito Collazo, and Enrigue Marti on percussion with Tito – and the only other additional sounds are some occasional vocals, and a pounding bassline. The set's extremely raw, with a very tight groove – and the sound is incredible – easily enough to make this one of Tito's best percussion dates ever! Titles include "Ti Mon Bo", "Elequana", "Bragada", "Alaumba Chemache", "Hot Timbales", and "Four By Two".  © 1996-2022, Dusty Groove, Inc.
(Out of print.)

Mamborama! (aka Mamborama/Mambo With Me)
Tico/Charly (UK), Late 50s. Used
CD...$11.99
Hey, they're not kidding with this title – as Tito really goes to town with a set of mambo tunes, grooving it up with a hard heavy percussive edge! The title's one of the first on the Tico label (as an LP), and it really sets the pace for some of the label's excellent work to come – as ... CD