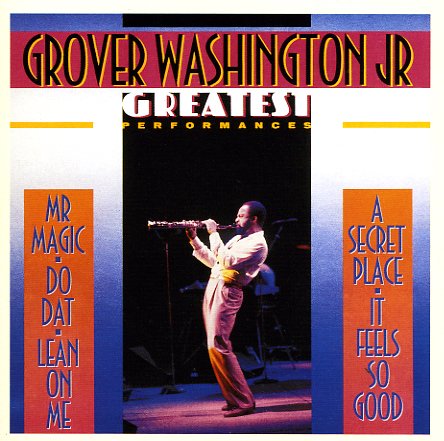 A tasty batch of tracks from Grover Washington's legendary years at Kudu Records – a time when he was redefining the sound of soulful jazz with his amazing work on tenor and soprano sax! The cuts here are some of Washington's biggest "hits" for the label – presented in full LP versions, which allows lots of room for solos, wrapped up in wonderfully slinky rhythms. Titles include "Mr Magic", "It Feels So Good", "A Secret Place", "Do Dat", and "Lean On Me".  © 1996-2022, Dusty Groove, Inc.
(Out of print.)