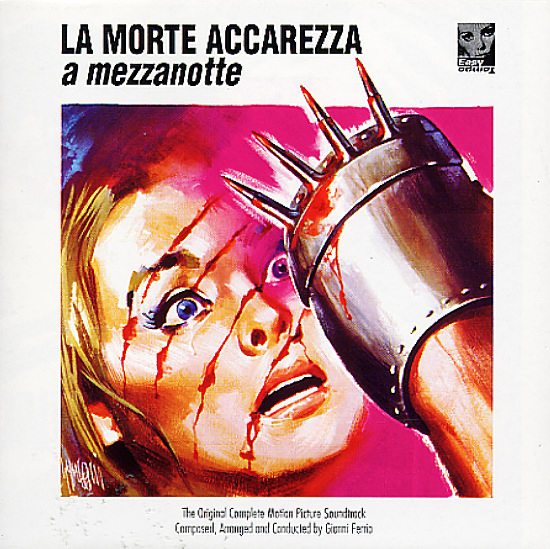 That's a pretty gruesome image on the cover, but the music is something else entirely – surprisingly beautiful sounds that aren't nearly as spooky as you'd expect – served up in a mix of modes that include some funky bits, some breezy bits, and even a few especially nice blue-tinged numbers! The set's a masterpiece in Italian scoring – nicely different than some of the more familiar soundtracks of the time – and even different than some of the bigger scores by Gianni Ferrio. The great singer Mina lays down some vocals on one track, but the others are all instrumental – lots of spare spacey arrangements, with good keyboards, muffled horn riffs, and even some cool electronic harpsichord! Titles include "Valentina", "La Morte Accarezza A Mezzanotte", "Cambi Di Umore", "Ira Rhythm & Blues", "L'Appartamento Vuoto", and "Nel Giardino Abbandonato".  © 1996-2022, Dusty Groove, Inc.
(Out of print.)