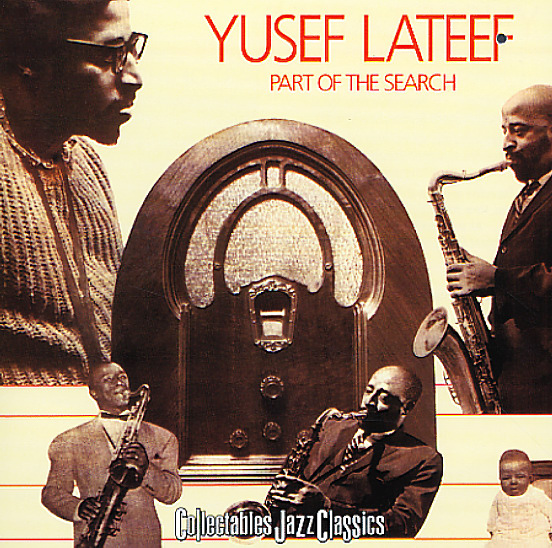 Part Of The Search

One of Yusef Lateef's more ambitious albums for Atlantic – kind of a "history of jazz" in styles and expressions, performed with a large set of players that runs the gamut of talents available at the time – all of whom come together strongly under Lateef's greater vision! The set includes lots of tunes in rawer modes than you'd expect for Yusef – including Kansas City jazz, R&B, and even doo wop – but the whole thing works surprisingly well, and is a fitting chapter in the richly soulful years Yusef spent at Atlantic Records – where he was clearly feeling his mission as a larger spokesman for the culture! Titles include "Soul's Bakery", "Oatsy Doatsey", "Big Bass Drum", "In The Still Of The Night", "Superfine", "Strange Lullaby", and "Rockhouse".  © 1996-2022, Dusty Groove, Inc.
(Out of print Rhino pressing.)

Every Village Has A Song – The Yusef Lateef Anthology
Atlantic/Rhino, 1950s/1960s/1970s. Used 2 CDs
CD...$14.99
A sweet collection and one the label could have called The Diverse Yusef Lateef if that title wasn't already taken. This anthology goes way past Yusef Lateef's Atlantic years and includes material recorded for Savoy, Prestige, and Impulse – it even has a track recorded with Grant Green for ... CD