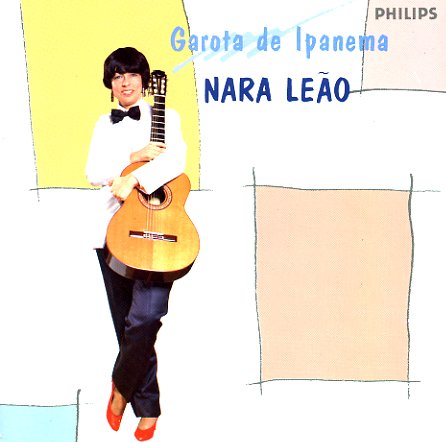 A beautifully understated album from the legendary Nara Leao – done as a tribute to the bossa generation, with key help from the great Roberto Menescal – who handles the arrangements, plays guitar behind Nara's lovely vocals! Given that Nara's groundbreaking work of the late 60s was almost a challenge to the female bossa singers of the time, the shift's a bit unusual – but also maybe has Nara coming full circle, especially as she brings that wonderful balance of emotion from the early years into play with this music. There's often a current of melancholy – as in her classic Des Anos Depois record – and titles include "O Barquinho", "Wave", "Chega De Saudade", "Aqua De Beber", and "Voce E Eu".  © 1996-2022, Dusty Groove, Inc.
(Out of print.)