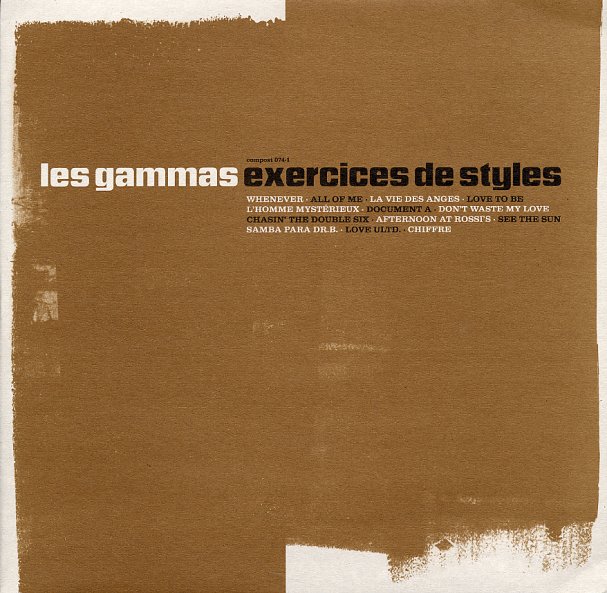 One of the most interesting albums we've ever heard on the always-interesting Compost label! Les Gammas take the groove way past some of the other Compost outings, into a sophisticated mix of jazz, soul, and soundscapes that recalls some of our favorite moments of the mid 90s London scene that included Chris Bowden, Jessica Lauren, and others. The record's got many moods – from groovy vocal tracks, to mellow instrumental ones, to complicated bits that work beautifully as links between the varying styles – and the whole record is tied together wonderfully by the group's rich imagination. They're joined by MPS alum Karl Berger on a few tracks, including a few in which he conducts a small section of the Munich Symphony Orchestra! Titles include "Love Unlimited", "La Vie Des Anges", "Document A", "See The Sun", and "Afternoon At Rossi's".  © 1996-2020, Dusty Groove, Inc.
(Out of print.)