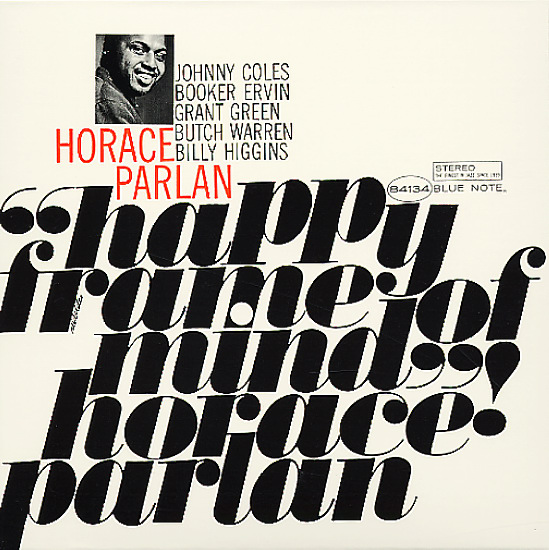 Wicked work by pianist Horace Parlan – and one of his most stunning Blue Note sessions ever! The album was first recorded in 1963, but then kept on the shelf for years – seeing only brief release as part of a Booker Ervin package in the late 70s, and finally coming out with the proper cover and lineup at some point in the 80s! Why Blue Note waited so long is a mystery, because the album's a gem throughout – almost more important, and more starkly modern than any of Parlan's other work for the label. Booker Ervin leads the frontline on tenor, alongside Johnny Coles on trumpet, Grant Green on guitar, and the rhythm section of Butch Warren and Billy Higgins. Parlan's choice of material is fantastic – with a number of Africanist tracks that feature unique rhythmic patterns that really push the soloists! Titles include "A Tune For Richard", "Dexi", "Home Is Africa", "Kucheza Blues", and "Back From The Gig".  © 1996-2020, Dusty Groove, Inc.
(Out of print.)