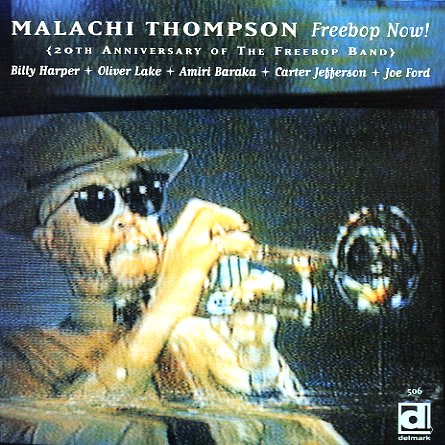 With Billy Harper on tenor, Oliver Lake on alto, and Harrison Bankhead on bass. Amiri Baraka recites on one track, and the legendary Sonny Seals plays tenor on another.  © 1996-2022, Dusty Groove, Inc.
(Punch through barcode.)

Experience
Delmark, 1992. Used
CD...$4.99
Jodie Christian on piano – performing solo and in a trio format with Larry Gray on bass, and Vincent Davis on drums. CD

Story This Time
Delmark, 2011. Used
CD...$4.99
Brilliant work from Jason Stein – a Chicago player who's been making some mighty waves on the avant scene of late, and who really comes into his own with this album! Stein's part of the new generation of avant Chicagoans – players who have a strong knowledge of free jazz, but also opt ... CD

High Red Center
Delmark, 2014. Used
CD...$4.99
Maybe the greatest work we've heard so far from Chicago bassist Jason Roebke – a key player on so many sessions for other jazzmen in recent years, but a hell of a visionary leader on his own! Roebke composed all new material for the record – and the set's performed by an octet that's ... CD