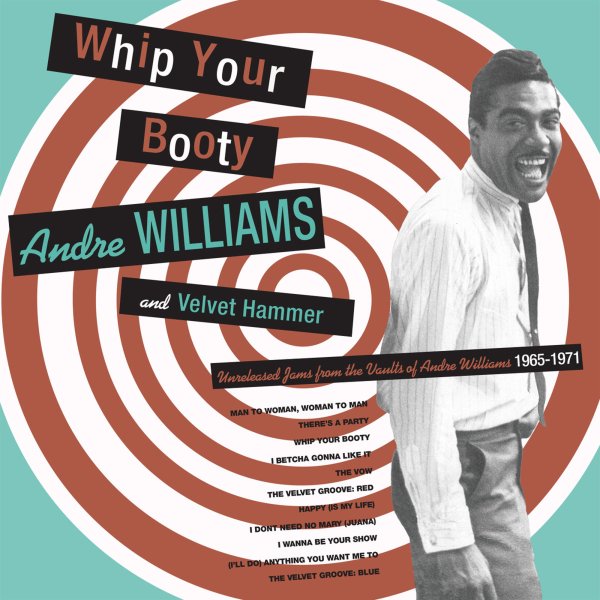 Rare 70s funk from Andre Williams – one of the maddest funky artists of all time! These tunes are quite different from Andre's raw R&B of the 50s, and his funky 45s of the 60s – more in a tight ensemble groove, with a P-Funky approach that has weird vocals colliding with heavy basslines, sweet keyboards, and tight groove overall. The tracks were recorded in Chicago and Detroit – most with vocals by The Velvet Hammer – and titles include "I Don't Need Mary (Juana)", "The Vow", "I Betcha Gonna Like It", "There's A Party", "Man To Woman, Woman To Man", "I Wanna Be Your Show", and the "blue" and "red" versions of the instrumental track "The Velvet Groove"!  © 1996-2021, Dusty Groove, Inc.