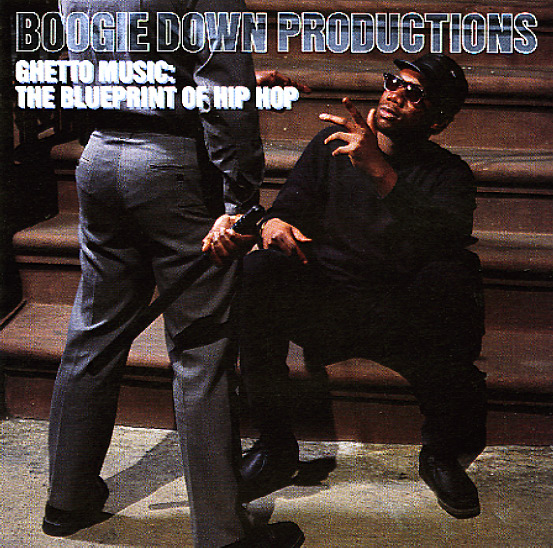 Classic Boogie Down Productions circa '89 – with prime street poetry from KRS, perfectly raw beats and overall peak end of the 80s production! Blueprint is an apt title for a couple reasons – the beats aren't what we'd call spare, but they're raw and unvarnished – a perfect framework for KRS's clear, concise and tough rhymes. It's also the blueprint for some of the best, toughest, street conscious hip hop to come. It's a unique snapshot of the time, too, coming at the crossroads of hip hop's rise from the 80s streets to the mainstream, with KRS One standing for realness right there at the brink. Includes "Jack Of Spades", "The Blueprint", "You Must Learn", "Who Protects Us From You?", "Why Is That?", "Breath Control", and "Bo! Bo! Bo!".  © 1996-2022, Dusty Groove, Inc.
(Out of print.)

Return Of The Boom Bap
Jive, 1993. Used
CD...$11.99
The first KRS solo LP – breaking out of the formula of later Boogie Down Production a bit by collaborating with rising talent underground favorite producers like DJ Premier, Showbiz and Kid Capri in addition to his own solid production work – and ends up standing as strong as he ever ... CD