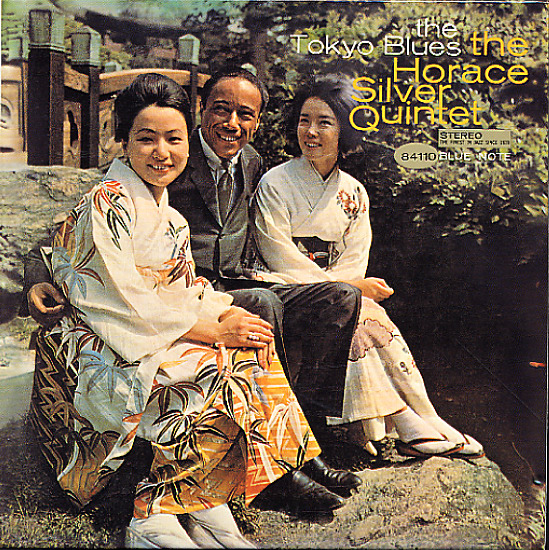 One of Horace Silver's greatest records ever – and the album that always makes us remember how many of his tunes are now etched in the memory of modern jazz! The album's got a slightly exotic bent that you might guess from the title – a furthering of the sound that Silver first started on his own after breaking with Art Blakey – a hint of more cosmic modes to come in soul jazz, yet still served up here with more of the punch you might expect from 60s Blue Note. The group is great – with Blue Mitchell on trumpet and Junior Cook on tenor – both super-tight at the start of the tunes, then breaking off into deeply personal territory on their solos. Rhythm is from Gene Taylor on bass and John Harris on drums – the latter a lesser-known compatriot of Silver, but one with a nicely loose sensibility that really adds a lot to the record. The writing is great – and titles include "Sayanara Blues", "Tokyo Blues", "Ah So", "Cherry Blossom", and "Too Much Sake".  © 1996-2021, Dusty Groove, Inc.
(Out of print.)