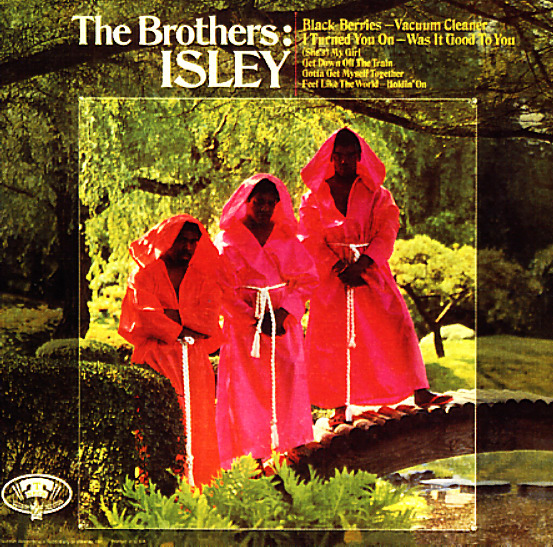 A stone cold funk album that forever changed the face of soul music – a bold shift in styles by the Isley Brothers at the end of the 60s, really setting the scene for their megafame of the next decade! The album's a follow up to the landmark It's Your Thing set – and it starts in the same space as that one, but goes arguably even deeper and harder in its groove – hitting a raw, sharp-edged approach to funk that's totally sinister – easily as great as anything coming out of the funky 45 underground, and a really strong message to the mainstream that these older hitmakers were ripe and ready for a deeper funk mode. The record doesn't have any of the hits of its predecessor – making it an even bigger treasure trove of under-discovered gems – great little tunes that are heavy on the drums, filled with rumbling bass, and cut with plenty of sharp-edged guitar. Titles include "Black Berries", "Vacuum Cleaner", "I Turned You On", "Was It Good To You", "Get Down Off The Train", "Feel Like The World", "Holding On", and "My Little Girl".  © 1996-2021, Dusty Groove, Inc.
(Out of print.)

Chameleon
Epic, 1976. Used
CD...$13.99
A stone classic in the genre of bad-rapping female soul – and one of the key albums cut by the trio of Patti Labelle, Nona Hendryx, and Sarah Dash! The arrangements and production are handled by David Rubinson, who gives the set a nicely polished feel that gets a bit past some of the slight ... CD