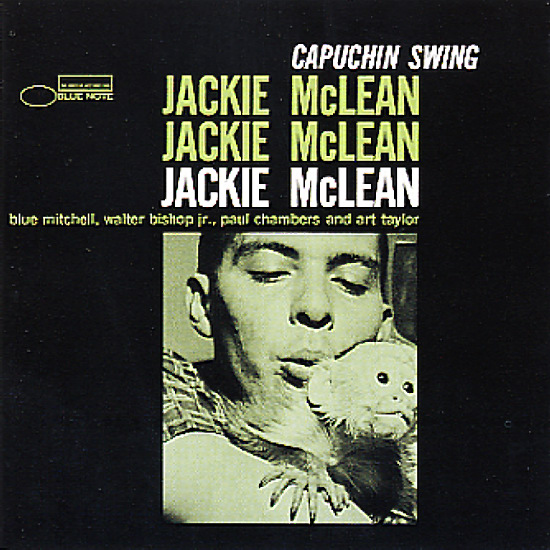 A tremendous set from Jackie McLean – perfectly poised between his hardbop and modern years, with a set of compositions that are as great as the performances! The lineup on this one's a bit unusual – with Walter Bishop on piano, Blue Mitchell on trumpet, Paul Chambers on bass, and Art Taylor on drums – but that mix of players makes for a really unusual sound – as the rhythm section's often straight ahead, Blue Mitchell's notes are bold and sparkling, and Jackie's own solos are reaching for the darker corners of the spectrum! There's a great sense of tension here that heralds the genius of later McLean sides of the 60s – and original titles include "Francisco", "Condition Blue", "On The Lion", and "Capuchin Swing".  © 1996-2021, Dusty Groove, Inc.
(Tray card has a thin cutout notch.)

Demon's Dance (RVG remaster edition)
Blue Note, 1967. Used
CD...$12.99
A pivotal session from the late 60s – one that has Jackie pulling things back a bit from his "new thing" period, and turning towards the spiritual soulful groove that would characterize his early 70s work! The album bristles with excitement – still very much informed by a ... CD

Hat Trick – Jackie McLean Meets Junko Onishi
Blue Note, 1996. Used
CD...$5.99
No tricks, no gimmicks – just a set that's deeply respectful of all the sharp edges of Jackie McLean's years of work on alto sax, but which also has him nicely returning to the mainstream spotlight as well! By that, we don't mean that there's anything soft or commercial about the record ... CD