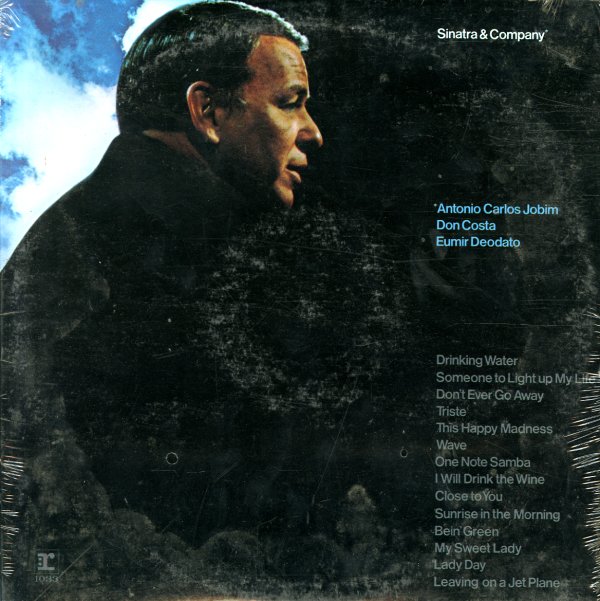 An excellent set – one of Sinatra's last great albums! Side one features more bossa material – with arrangements by Deodato, and a guest appearance by Jobim. The tracks have the floating easy groove of Sinatra's album with Jobim from earlier years – and there's some great numbers like "Drinking Water", "Don't Ever Go Away", "One Note Samba", and "This Happy Madness" that feature English language versions of bossa favorites. Side two is less great– with poppish tunes arranged by Don Costa, and titles that include "Leaving On A Jet Plane", "I Will Drink The Wine", "Close to You", and a very odd version of "Bein Green"!  © 1996-2023, Dusty Groove, Inc.
(Orange and tan label stereo pressing. Cover has light ring wear.)