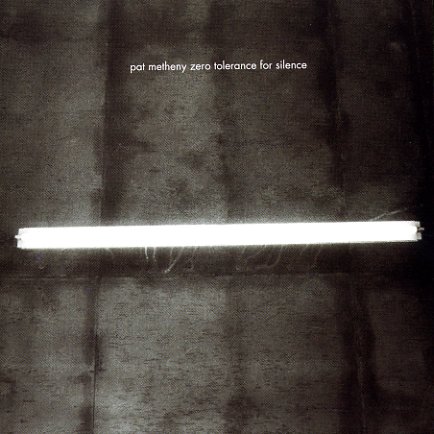 Metheny's solo guitar "noise" album, and a respectable one at that, if you ask us. "Zero Tolerance For Silence" is divided into 5 tracks, the first nearly 20 minutes long, and the remaining numbers shorter, simply entitled "Part 1" through "Part 5".  © 1996-2021, Dusty Groove, Inc.
(Out of print.)